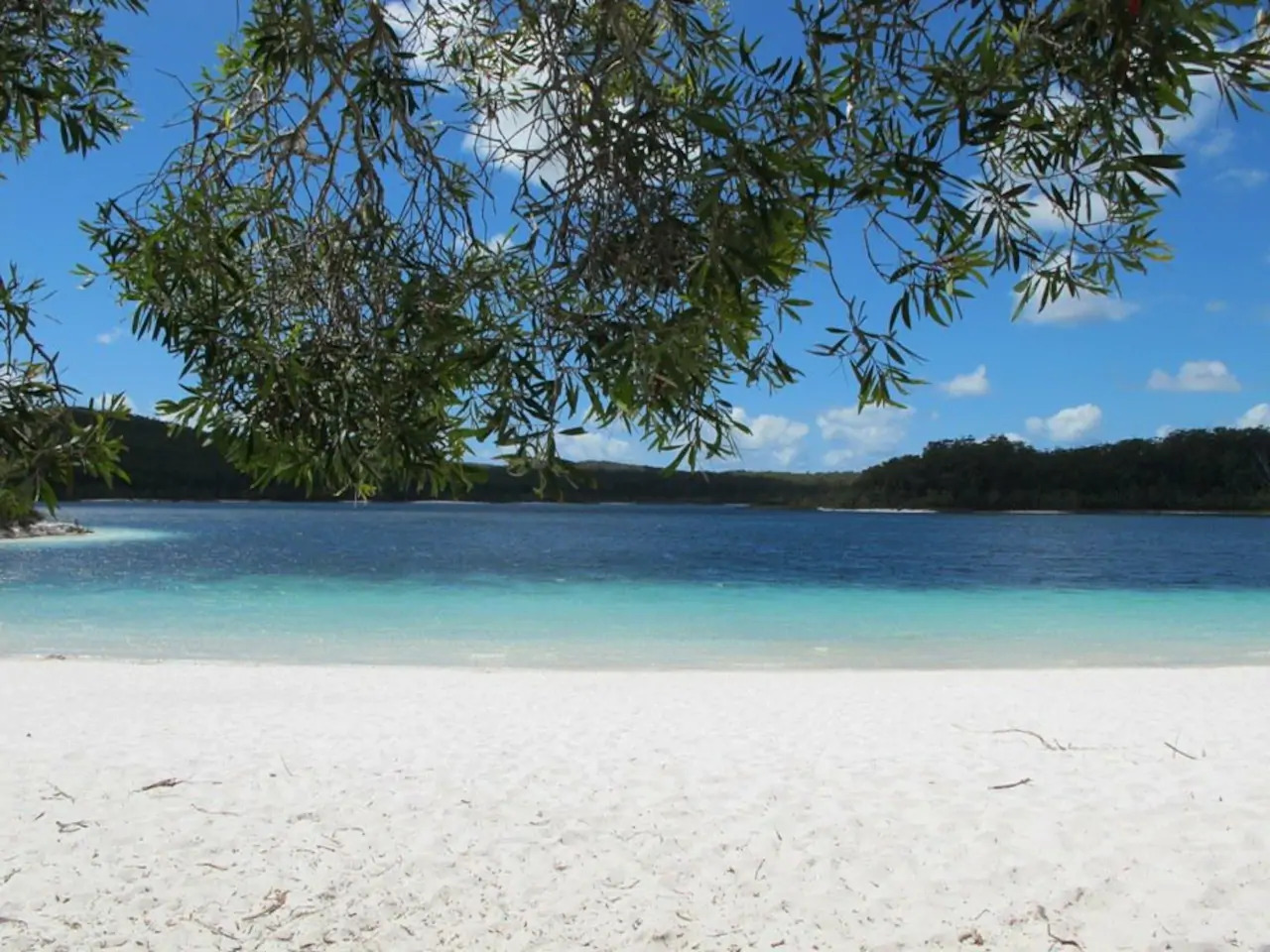 Fraser Island has oodles of freshwater swimming spots.  With more than 100 freshwater lakes and numerous freshwater streams and tributaries.

Lake Birrabeen is a wide expanse of crystal clear lake surrounded by a pure white sandy shoreline, which melts into the bush. This swimming hole is very similar to Lake McKenzie but less crowded meaning that your view of this stunning swimming location may well be uninterrupted.

Another of the island’s more popular waterholes.  It has formed over time as the migrating sands of exposed dunes gradually blocked the coastal creek.

Ocean Lake waters are dark, stained by the tea trees red with a quick drop off makes the lake look black even at midday.  Leafy paperbark trees shade the edges of the lake and help keep the water temperature refreshing. If you prefer a bit of excitement, there is a rope swing into some deep water that can be a lot of fun on a hot summer’s day. With a great shoreline to launch kayaks from, Ocean Lake’s 15.5 square km area will provide plenty of space to explore.

The largest creek on the eastern beach of Fraser Island, coming out on 75 Mile Beach.  It is great for swimmings, having a picnic, or simply sightseeing.  It amazingly moves around 80 million liters of freshwater a day, pouring about four million liters into the ocean with each hour. The soft fine sand filters rainwater that has been accumulating for over 100 years, and you can even drink it! The naturally filtered water makes it one of the purest water sources on the island.

This crystal clear creek is found on the western side of the island and weaves its way through a rainforest as it heads its way to the beach and ocean.  The contrast between the white sand, the greens of the rainforest, and crystal clear water is breathtaking.

Towards the northern end of Fraser Island.  The color is caused by the settling of leaves that fall into the creek.  The tannin from the dead leas and other organic matter stains the creek’s water an orangish colour.